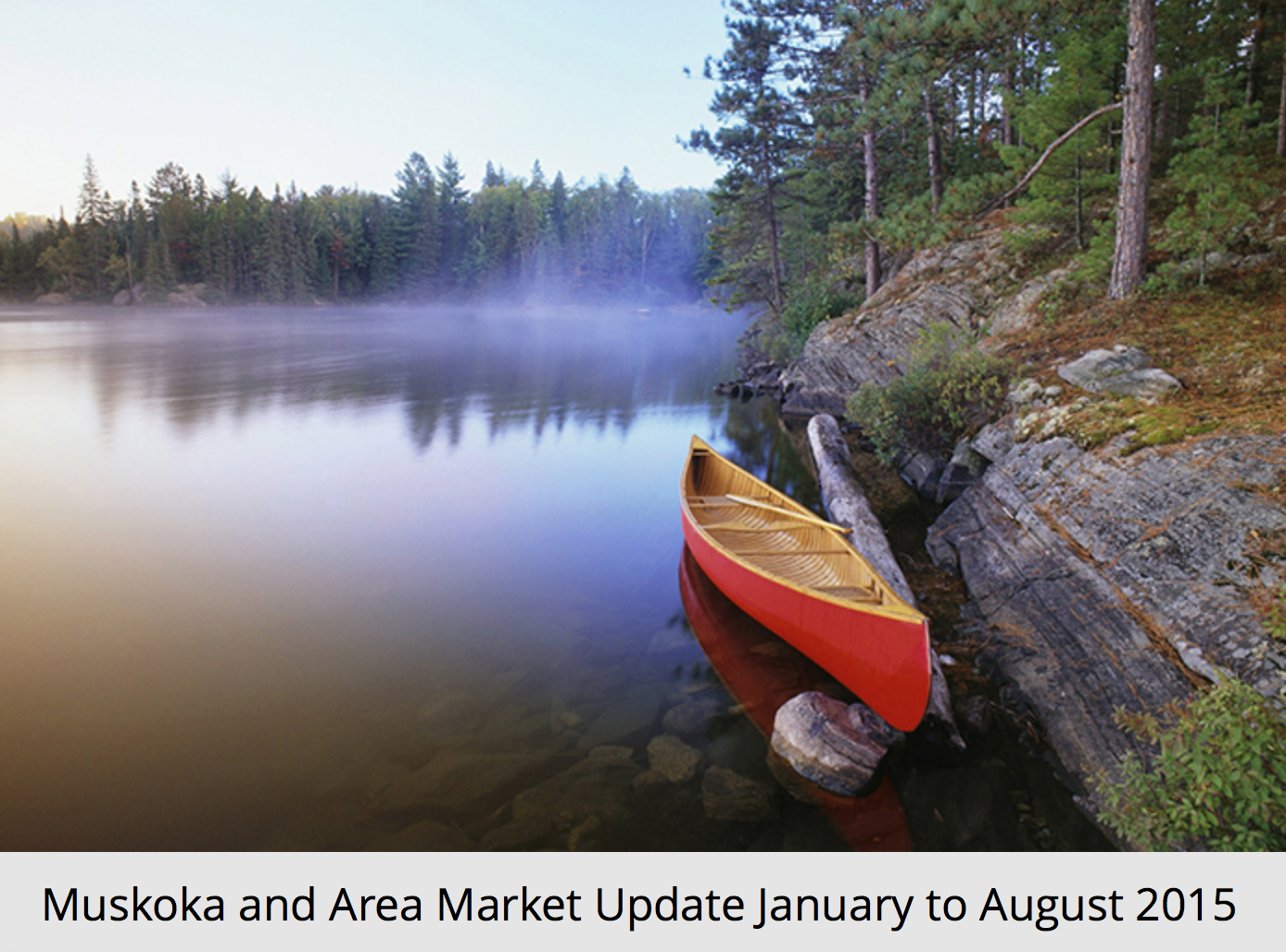 The Muskoka and area market improved dramatically in 2014, seeing both improved sales, as well as an increase of available inventory. The trend established in 2014 has continued into the first eight months of 2015. Clearly the increase in inventory levels has had a positive impact on the market, however more realistic pricing on the part of sellers has also contributed to the overall improvement in market conditions.

The Muskoka – Haliburton Association of Realtors reports that to the end of August of this year it had processed 8,200 new listings. This represents an increase of 4 percent compared to the 7,882 listings processed for the same period in 2014. In 2013 only 7,440 properties had been placed on the Association’s multiple listings service for sale. Active listings at the end of August have similarly increased compared to last year.

Although there was an increase in sales in the Muskoka Lakes area for Lake Joseph, Lake Rosseau and Lake Muskoka, it was not as dramatic as in the Haliburton area and the sales on Lake of Bays. Last year sales on Muskoka’s big Lakes were more pronounced than in the Association’s other regions. Sales on Muskoka’s big Lakes increased by 5.6 percent. Last year there were 194 recreational properties reported sold at the end of August. This year that number has increased to 205.

Overall the Association’s sales numbers have increased. Last year at this time the Association reported 621 multiple listing sales. This year that number has come in at 741. In 2013 for the same period only 546 properties had been reported sold.

Sales of properties on Muskoka’s big Lakes achieving a sale price of more than $1 Million (as of the end of July) have also increased. Last year there were 53 reported sales, this year 60, an increase of 13 percent. These properties sold slightly slower than in 2014. Last year $ 1 Million plus properties took 54 days (on average) to sell. This year they have taken 57 days, a marginal difference. Both this year and last the final selling price of these properties was 94 percent of the original list price.

Chestnut Park’s sales representatives continue to produce strong sales numbers, capturing the lion’s share of the market on Muskoka’s big Lakes, in Lake of Bays, and with a particularly strong showing in the Haliburton recreational market place. As at the end of August Chestnut Park’s sales representatives were responsible for more than $185,000,000 in sales. The firm’s volume of sales has also increased by 10 percent compared to the same period in 2014.

As we head into the fall the traditional seasonal slowdown will begin, however I anticipate the market momentum that we have witnessed year-to-date will carry into September as buyers finally offer on these properties that they have been admiring for weeks.